What is Amethyst? Gemstone Information and Interesting Facts

Amethyst is one of the most popular gemstones throughout history. This article shows you some of the fun facts and important gemstone jewelry. 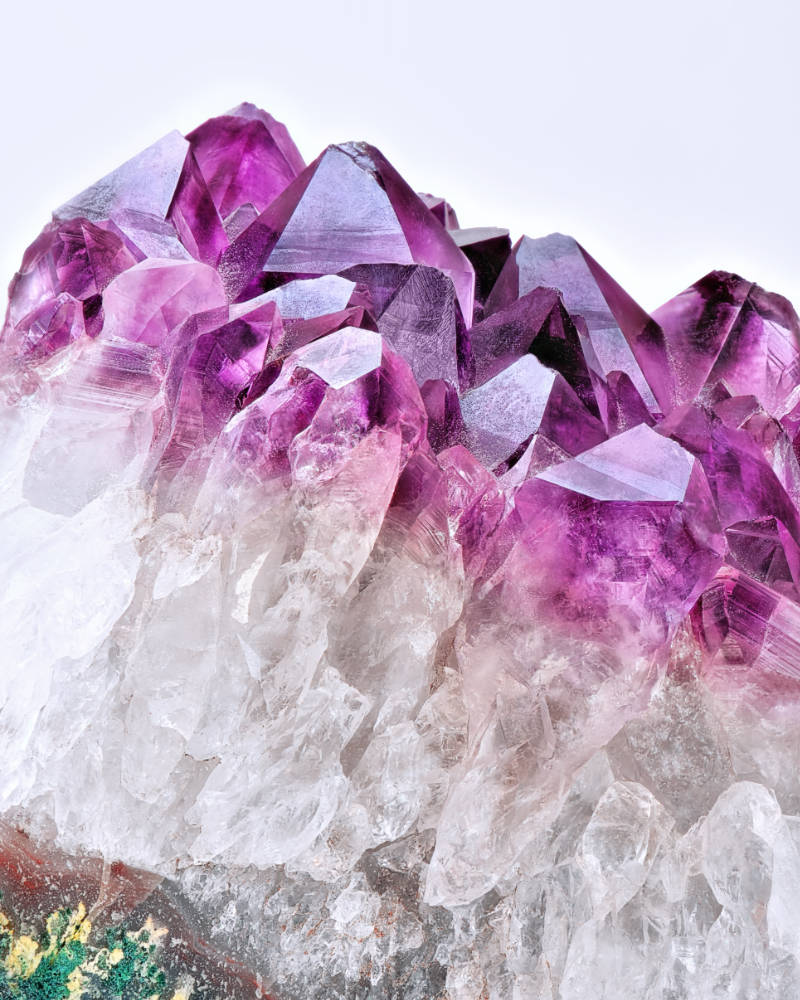 Amethyst is a popular gemstone with a long history. From being a precious gem like ruby and sapphire, to Greeks believing its ability to prevent intoxication, amethyst is so much more than just a purple crystal. Here are some fun facts and information of this beautiful purple gem.

Amethyst was once considered a precious gem, just like diamond and ruby. It was used in high jewelry for royalty and important members of the church. In the mid 1900’s, when major amethyst mines were found in Brazil, the price of amethyst plummeted and became much more widely available.

The name amethyst came from Greek, meaning “not drunk”, as ancient Greek believed amethyst could guard against drunkenness. They made drinking vessels out of amethyst in the belief that it would prevent intoxication.

Amethyst is an important gemstone and has been widely used throughout history. Leonardo da Vinci believed that amethyst “dissipates evil thoughts and quickens the intelligence”. In Tibet, amethyst was also considered a sacred gemstone. In the Middle Ages, it was used for jewelry for important members of the church. All of these might be the reasons that propelled amethyst to be a popular gem.

The deep purple color of amethyst is also associated with royalty and the gem was used for jewelry for the royals, including this St Edward’s Crown from 1661.

Amethyst is the purple variety of the mineral quartz. Like other quartz, it is made up of silicon dioxide (SiO2) and has a hardness of 7. The purple color is due to traces of iron elements inside the amethyst.

The hardness of 7 means amethyst is moderately hard and is durable for daily use. However, care needs to be taken for amethysts with internal fractures as they are more vulnerable to damage.

Some amethyst are heat-treated to be sold as citrine, which is the yellow variety of quartz. They usually have a deep yellow, almost brown color. And in the shape of a crystal clusters which you will see below, the tip of the crystal will be darker than the rest.

And some other amethyst can turn to a pale green after heat treatment. Those green gemstones are sold as prasiolite and they are not found in nature.

Amethyst is rather common and widely available. Most amethyst crystals are found in Brazil, America, Siberia and Urugua, with Brazil being the most important.Amethyst is the birthstone of February. It is also the stone to celebrate the 6th and 17th wedding anniversaries.