Many gemstones in the market are treated, like heated, dyed and irradiated. Here are 8 of the most common treatment and how to tell if your gemstone is treated. 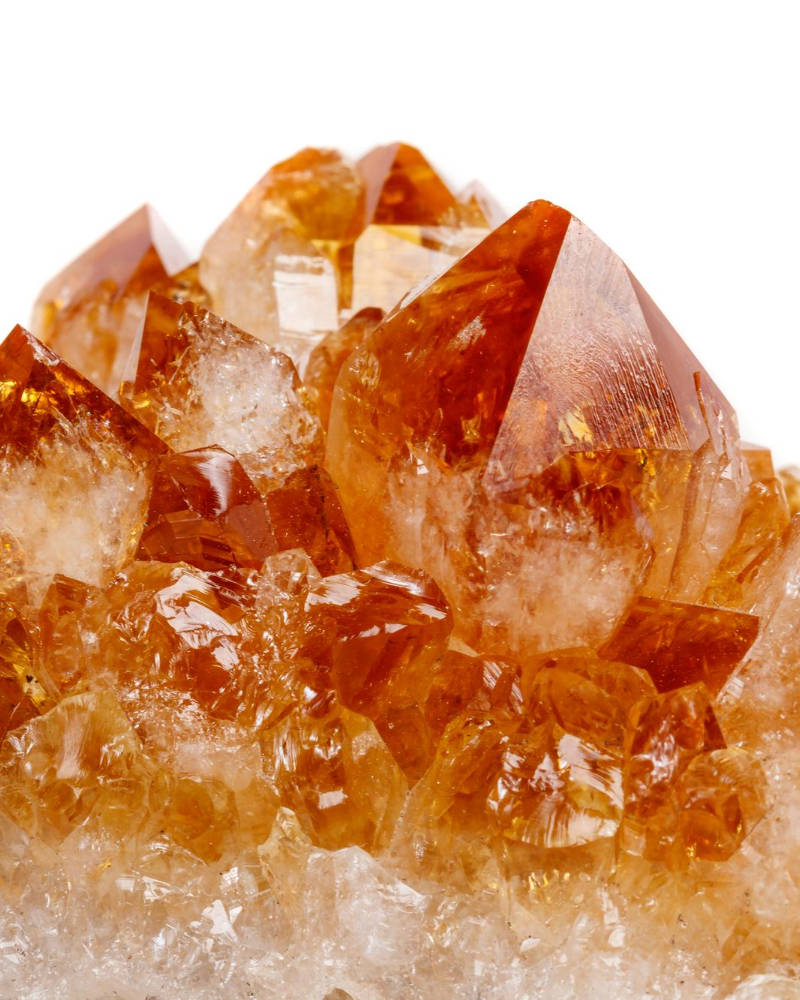 Who doesn’t love a red ruby that is rich in color and high in clarity. However, being one of the rarest gemstones there is, natural ruby that looks like that is very hard to find. And so its price is sky high.

That pretty much sums up the reason why gemstones are treated.

Why Are Gemstones Treated?

Gemstone treatment is the process of changing or enhancing the appearance of gemstone. Usually it’s used to change the color to one that market desires or increase the clarity of gemstone. The price for the treated gemstone is more affordable than the natural counterpart.

Gemstone supply is limited, especially for rare ones like high quality ruby, sapphire or emerald. But the demand for them is ever rising due to their beauty. Treated gemstones give a more affordable alternative. For example, a high quality ruby can be 3-5 times more expensive than a heat treated one.

However, nowadays, treating gemstones is becoming more and more common. Even cheaper gemstones like agate are routinely treated to colors that are rare or just don’t exist in nature.

This article will let you know the common treatments used for gemstones, and how do the treatments affect the gems.

A lot of people think treated gemstone means it’s fake, but that’s not true. A real, genuine gemstone can still be treated.

For example, blue aquamarines are often heated to get rid of the green and yellow hues. A heat treated aquamarine is still a genuine gemstone.

On the other hand, synthetic and created gemstones are usually considered fake gemstones, where they are lab-grown or mad-made.

How Does Gemstone Treatment Affect Value?

Those treatments are considered an extension of nature’s process, for example, heating. Using the same example, aquamarine could have been heated by the earth before it’s mined to achieve the same blue color. Heating it after mining is doing what the earth could have done.

That’s why usually heating won’t affect the price by much in the gemstone market.

Another example of a treatment that is widely accepted is stabilization. Usually it is done for fragile gemstones like turquoise and ammolite. Natural untreated turquoise is porous. Over time, it absorbs oil and changes color. And ammolite is just too fragile to use on its own.

On the other hand, some treatment can drastically affect the price.

Treatments like dyeing and diffusion can change the color of gemstone dramatically. They take gemstones with less desirable colors and change them into rarer, more popular colors. Comparing to gems that have rare colors naturally, the treated ones are much lower in value.

They will be discussed more in the next section.

Dyeing is when a color dye is used on gemstones to change its color. They are dyed to intensify the desired color or change the color completely. For example, lower grade lapis lazuli with lots of white calcite are dyed to achieve the desired royal blue color.

Some gems are more porous and will take the dye more readily, while some factories heat and cool the gem rapidly to create fractures inside the gemstone to allow the color dye to travel through.

Look for a concentration of color around the cracks and fractures, as those are the signs of a dyed gemstone. Or patches of color that are more vibrant than the rest of the stone.

Dyes used now are usually stable and won’t come off easily. But in my experience, I’ve encountered dyed gemstone beads that leak color and stain the elastic thread.

Heat treatment is a common treatment process used for to lighten, darken or even change the color of gemstones. Heating can also improve the clarity of some gemstones.

For example, heating aquamarine can get rid of the yellow and green hue, and leave a bluer gem as a result.

Heating is one of the most widely accepted treatments. Some people view it as an extension of the gemstone’s formation, as the heat could have been applied by the earth before they are mined. And usually the change because of heat treatment is permanent.

Probably one of the scarier sounding gemstone treatments, irradiation or radiation is exposing a gem to radiation to change the color. Sometimes it’s combined with heat treatment.

The process used is regulated by many countries. For example, in the US,  Nuclear Regulatory Commission (NRC) has strict limit of the levels of residual radioactivity allowed.

Irradiation is widely accepted in the jewelry market as long as the color and the change is permanent. One most common gemstone that is radiated is blue topaz. Natural blue topaz is almost non-existent, even when they exist, the color is very pale. Virtually all blue topaz in the market are treated by radiation to turn from white to blue. The change of color is permanent and stable.

Irradiated gemstones are hard to detect. Only a laboratory with sophisticated equipment can do that. However, for the case of blue topaz, you can almost be certain that it is radiated.

Other gems that are sometimes radiated include diamond, kunzite, tourmaline, pearl, etc.

Impregnation or stabilization is the process when a colorless material like wax, polymer or plastic is used to fill and cover the surface of a gemstone.

Some gemstones are too fragile or unstable to be used on their own. Two main ones that are treated routinely are turquoise and ammolite.

Turquoise is a soft and porous gemstone. Over time, it absorbs body oil and other material, and changes the color to a greener one. And for ammolite, it is just too fragile to be used on its own and not get damaged. Therefore, treatment for these two gemstones are common and widely accepted. A stabilized or impregnated gemstone is more stable and durable.

Sometimes when the material used for impregnation is wax, the treated gemstone should be kept away from the heat as prolonged exposure can melt the wax.

Other impregnated example include jadeite with polymer and low grade corundum with lead glass. However, they are less accepted and a responsible seller should disclose if the stone is treated.

Fractures are natural to gemstones, but they lower the desirability and value. Fillers, like glass, wax or oil, can be used to fill the fractures. So the flaws are less visible.

Emerald is routinely treated this way as it naturally has a lot of fractures. The treated emerald is known as ‘oiled’ emerald. Other two gemstones that are commonly treated with fracture filling are diamond and ruby.

In some cases, high temperature and chemicals can damage the filling.

This process is usually used for jadeite and pearls. For jadeite, it is sometimes bleached and then dyed to achieve a more desirable green color. However, bleached jadeite will very likely to be damaged. Impregnation with polymer is used to ‘repair’ the gem. Jadeite that has undergone this process will worth much less than a natural one.

Pearl is very often bleached to lighten its color and make the color more uniform. As it’s almost impossible to detect the bleaching for pearl, you should assume that it is treated.

Diffusion treatment is to improve and change the color of colorless or pale gems by applying chemicals to the surface and heating the gemstone.

Ruby and sapphire are commonly treated this way. By applying the right chemical on the surface and then heating the gemstones, the chemicals are able to travel into the crystal structure, creating color that is not there before the treatment. Deep red ruby and vivid color sapphire can be produced this way. And of course, the value for the treated gemstone will be much less than the naturally colorful ones.

Some diffusion technique only penetrates the outermost surface of the gem. In this case, when it is chipped or scratched, the original color may be exposed. However, more sophisticated diffusion allows the color to travel much deeper, or even through the whole gemstone.

This technique is hard to detect. Only major laboratory with the right equipment will be able to in most cases.

This treatment is used exclusively for diamonds as it can withstand the high heat produced by laser. A microscopic laser drills a hole in the diamond reaching an inclusion or a flaw. Then heat or acid is applied to melt of dissolve the flaw. Usually the drilled hole is then fracture filled. However, too many holes can affect the structure of the diamond and cause it to be more prone to damage.