Gemstone inclusions are natural and common. Usually they are not desired, but sometimes they can actually increase the gemstone's value. 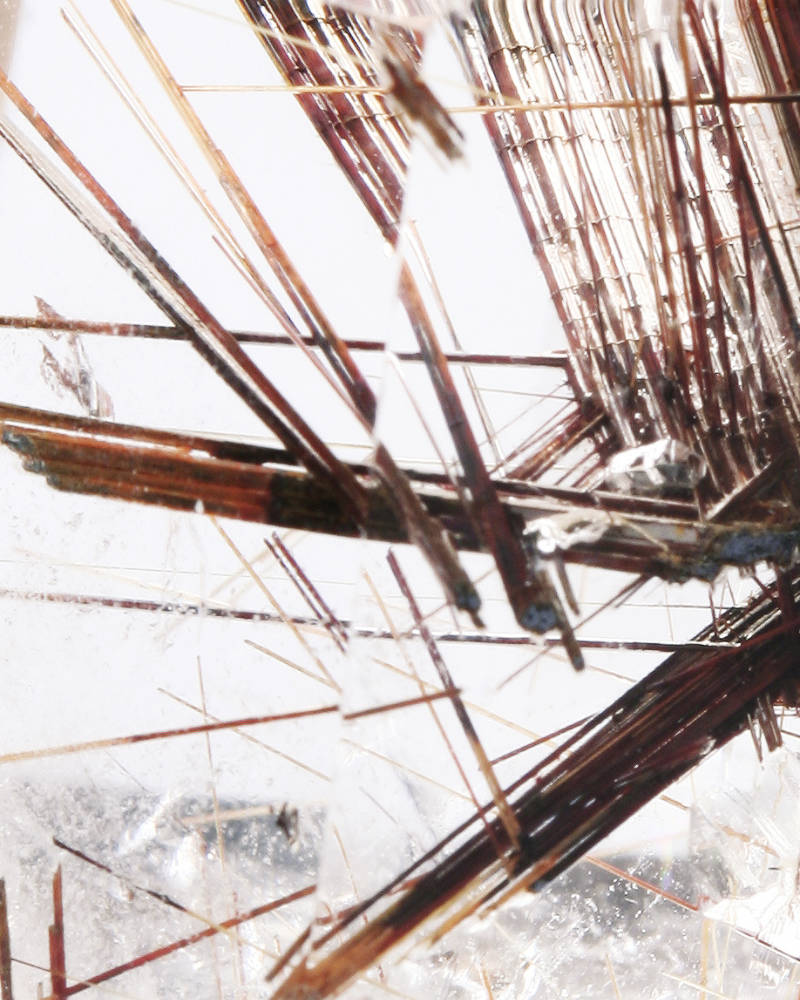 Inclusions refer to the imperfection and flaws in the appearance of the gemstone. The presence of inclusions is very common among natural gemstones.

Here are some common gemstone inclusions:

This is extremely common in gemstones. Basically all gemstones have some form of fractures because of the pressure within the earth during their formation process.

There are big and small fractures and cracks. Ones that are big or ones that reach the surface of the gemstone may also affect the durability and wearability.

These are microscopic crystals that are too small for the eye to see. They make the gemstone appear cloudy and lower the transparency.

Other Minerals Forming Inside Host Gemstone

During the formation process, other minerals can get trapped inside the crystal solution. If the mineral is small, it may just appear as specks or dots. Bigger mineral is more visible and can lower the clarity. But on the other hand, it may also increase in value and be highly sought after by collectors if the inclusion is rare.

They refer to the needle-like inclusions made with solid crystals or growth tubes filled with gas or liquid.

This refers to the uneven color distribution within a gemstone. The colors can be very similar with only slight differences in hue and saturation. Or it can be dramatic, like red and green in a watermelon tourmaline.

When the gemstone cracks during its formation process, they can be healed when the crystal solution filled the crack. During this process, some tiny drops of the solution may get trapped in between. They form patterns that resemble human fingerprints.

Sometimes gas, water or even insects can get trapped during the formation of gemstone.

How Do Inclusions Affect Gemstone Value?

Usually inclusions are not desirable. They may:

Location of inclusion is also important. A fracture on the side of a faceted gemstone will not be as bad as the one in the middle.

A small inclusion will also have a lower impact on value than a large and noticeable one.

However, as you will see in the next section, some gemstone inclusions are interesting and attractive. Those can increase the value of gemstone.

Chatoyance (cat’s eye) and asterism (star) can be created by the parallel inclusions of silk or needles. Some small silk inclusions are not visible to the naked eye or even a lower power microscope. And some inclusions are larger, like rutiles in rutilated quartz, which you can see the individual rutile crystals.

The inclusions concentrate and reflect a band a light, which resembles a cat’s eye.

Sometimes the cat’s eye is not created by external inclusions (silk and needles), but by its own growth channel. If they are organized parallelly, they can also create chatoyance with the right dome shaped cut. Gems like beryl (like aquamarine), apatite, tourmaline, etc. sometimes display this optical effect.

When there are two or more sets of parallel inclusions, a star pattern can be formed, which is known as asterism. Gemstones with this effect is called star gemstones. Gems like ruby, sapphire, rose quartz, moonstone, garnet, etc can have this effect.

Both chatoyancy and asterism increase the value of gemstone as they create an attractive optical effect.

As mentioned before, there are some minerals that can grow inside another gemstone, and some of them can be in the shape of needles. Some notable examples are rutiles in gold rutilated quartz and tourmaline in tourmalinated quartz. Quartz with these inclusions would be more valuable than clear quartz.

Lots of times quartz grows and engulfs different minerals. They include dumortierite, chlorite, hematite, epidote, lepidocrocite, tourmaline, garnet, fluorite, etc. As these gemstones are much rarer than quartz without the inclusion, they usually command a higher price.

Gemstones like watermelon tourmaline, ametrine and rainbow fluorite all display this color zoning property. In general for a single color gemstone, cutters would avoid color zoning to achieve a uniform color. But if the color is distinct, like the red and green of watermelon tourmaline, showing the different color would increase the value of the gemstone. This is especially true when the colors are clearly visible, creating bi-color or even multi-color gemstones.

Gas, Liquid & Other Materials In Gemstones

During the formation process of gemstones and minerals, foreign objects can get trapped, like air, water, insects, etc.

Quartz with water trapped inside is known as enhydro quartz (not to be confused with “hydro” quartz, which refers to synthetic manmade quartz).

Natural glass gemstones like obsidian and moldavite often has air bubble inside. Other gemstones could have air inclusion as well, but is much rarer. If the air bubble is perfectly round, it could be a sign of a synthetic gemstone.

Green demantoid garnet, already quite a rare garnet, sometimes have inclusions of chrysotile, which is a type of asbestos. It takes the form of slightly curved feathery threads. The look of the inclusion looks like a horsetail, hence the name. As this inclusion is rare, it’s valued by gemstone and mineral collectors.

Hope you find this article interesting and hope you’ve learned a bit more about the world of gemstones.